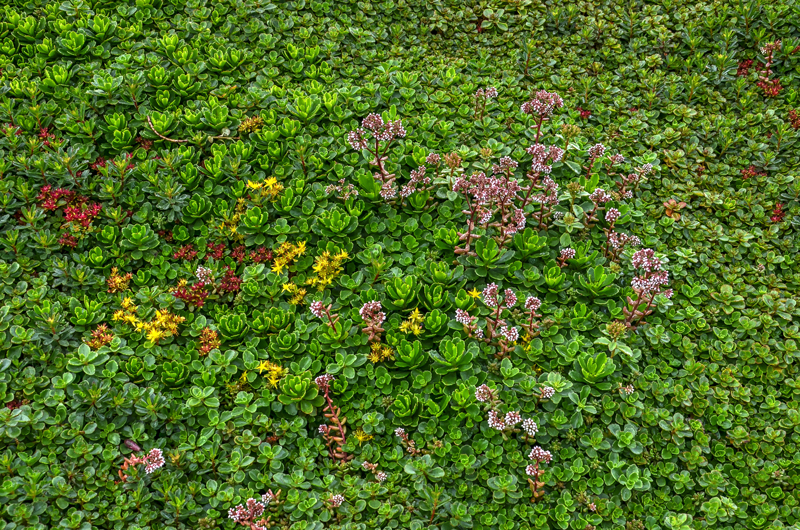 This article was originally published as an Industry Opinion piece on Smart Cities World.

The built environment is responsible for a significant share of environmental degradation: from soaring greenhouse gas emissions, to intensive resource use and biodiversity decline. Buildings are often developed without regard to the ecosystems of which they are a part. And in our civilisation's history, we have built a lot: the mass of human-made things, from pavements to apartments to phones, now outweighs all natural biomass, such as our oceans, trees and animals. Building with, as opposed to over, nature has long been perceived as more of a burden than an opportunity. And this is a shame—because by working smartly together, we can build a better living environment for people, for nature and for the built environment sector itself. A built environment that is less wasteful, more resourceful and that supports nature and biodiversity.

First things first: What is a circular built environment?

A fully circular built environment is a living system that requires engagement with three crucial levels: the network, the city and the building.

Network level: A circular built environment requires an interconnected network of buildings and systems that perform optimally. This applies to, for example, matching the supply and demand for the secondary materials that are collected from demolished or deconstructed buildings. An optimum scale of operations needs to be ensured for this to function. If the area, and therefore the distances, become too large, the embodied emissions related to transporting the goods may climb too high to reap the positive environmental impact of using secondary materials in the first place. While, if the area becomes too small, there may not be enough secondary materials and building components to use within the construction projects.

City level: To allow for a circular built environment, the right enabling environment must be created. This may well involve a shift in roles and business models for the sector, as well as mindsets. Key here is circular procurement: the private and public sector need to create a level playing field for circular materials, products and services to become the new normal in the built environment sector. This could include stimulating the use of material passports and marketplaces for secondary materials.

Building level: Circular buildings adhere to circular construction guidelines: the development, use and reuse of buildings, areas and infrastructure without exhaustion of natural resources, pollution of the living environment, or negative impacts on ecosystems. On a more specific level, a circular building is net-zero to net-positive in life-cycle emissions, reduces the total cost of ownership, uses renewable, sustainably managed and secondary resources which are low impact and non-toxic, contributes to nature and biodiversity health, and enhances occupant well-being and local community livelihoods. It also eliminates waste across its life cycle, by being designed for longevity, adaptability, disassembly, reuse and recoverability.

These buildings should also be constructed in a way that is economically sound and contributes to the well-being of humans and animals: ‘Here and there, now and later.’ A report by the University of British Columbia and FPinnovation found that wooden buildings can lower stress levels, improve attention and focus, increase creativity and reduce pain perception. A clear example on how a circular economy can not only support in reducing negative environmental impact but also influences humankind on a social and behavioural level.

Green roofing for a circular built environment at the building level

Green roofs are gaining traction as a nature-based solution (NBS) that can counteract a handful of environmental and socio-economic problems associated with urban sprawl and climate breakdown. Taking advantage of the existing space at the top of new and existing buildings, the integration of green roofs can provide several ecosystem services such as battling urban heat island effects and acting as pollution mitigation tools by reducing dangerous smog. In order to boost these services, green roofs need to be effectively incorporated and replicated in the urban landscape.

(a) Species diversity and richness,

(b) Vegetation type and depth,

Going one step further, green roof design can also be tailored to stimulate a wide variety of animal species—creating opportunities for birds to nest, for example. This can battle the decreasing numbers of sparrows, bats, and other species, in urban environments.

Fortunately, the mainstreaming of NBS in urban environments is attracting attention. A four-year project funded by the European Commission, Naturvation, is researching best practices and developing tools to overcome the barriers NBSs face in reaching the mainstream. Meanwhile, the image below depicts a green roof on a bus stop in Amsterdam, demonstrating how functional design can be combined with NBSs to improve biodiversity. These initiatives could improve their impact by employing circular construction strategies to ensure the final step of the six crucial factors above is met: ecologically responsible development. Read more about NBS in our previous biodiversity blog.

A recently coined term in the Netherlands, ‘infranature’, means infrastructure, such as train tracks, roads and the space around public energy facilities, that sit in close proximity to nature. As cities become larger, and space scarcer, they are likely to encroach on natural areas. The Netherlands is leading the way in protecting this ‘infranature’, while stimulating biodiversity and climate adaptation. Wildlife bridges, or ‘ecoducts’, are overpasses that allow local animals to safely cross over (usually very busy) roads—the country now has 30, with 20 more in the works.

In 2019, the Netherlands completed the first fully circular wildlife bridge. Built out of forty concrete blocks, the bridge is entirely modular and can be disassembled to create new bridges, if needed. The wildlife bridge itself is extremely durable and is designed for a lifespan of 50 years—yet the individual blocks can be used five or six times longer. The behaviour of the viaduct is also monitored by highly sensitive sensors embedded into the elements. In addition, all elements are equipped with an RFID chip which keeps all specifications digitally available. This material database will allow designers in the future to understand which materials are in the built environment and when they would be available or appropriate for use in other applications. We hope to see all wildlife bridges designed using these circular construction strategies.

Constructed waterways, dams and ports serve cities to protect against flooding and import and export goods, but have a wildly detrimental impact on marine life and biodiversity. This is particularly true in the Netherlands, where a water network of over 5,000 kilometres is entirely made up of man-made canals. However, Amsterdam start-up ReefSystems has pioneered modular solutions for how the built environment around seas, rivers, lakes and canals can also offer opportunities to protect and stimulate biodiversity.

In constructing functional maritime structures, such as riverbank reinforcements, man-made waterways and dams, wave breakers or scour protection that simultaneously function as artificial reefs, the Modular Sealife System (MOSES) can serve as habitat for marine life to find food, shelter, and a safe space to reproduce. The Sheet-Pile Eco-Territorial Reinforcement (SPECTER) can stimulate marine vegetation, where the top section stimulates the growth of above-water plants and aquatic vegetation in the sections below the surface. Both modular innovations can be installed during maritime construction projects.

The start-up is currently piloting its innovation in different regions to test its impact on the ecosystem and intentions have been set to also use circular design and materials where possible.

If one thing has become clear in recent sustainability thinking, it's that we need to think about environmental and societal challenges in an integrated way. We must continue to search for the sweet spot of doing more with less, increasing our use of secondary materials and striving for a safe and just world for people and the planet. In this way, the circular economy and its core tenets which revolve around systems thinking are vital for these efforts—and stimulating biodiversity in the built environment is just one example. We should not be overwhelmed by systems thinking, but instead embrace it to move one step closer to the thriving planet and society we aspire to build.

Do you want to know more about transitioning to the circular economy in your city, nation or sector? Let us know!

Circle Economy and the Built Environment

We believe the built environment should be a ‘living’ system in which building materials and products are optimally used and reused—a system that operates within the boundaries of our planet, preserves the (business) value of its resources and ensures the wellbeing of its inhabitants.

Together with our network of innovative and forward-thinking members, we are building the foundation for a circular built environment by (1) collaborating on the development and inclusion of circularity assessment indicators in sustainable construction standards, (2) developing the knowledge, insights, and (digital) tools needed for a circular built environment, and (3) building new, innovative ventures, and transforming existing ones. Read more here.