A circular world is biodiverse. But does biodiversity need the circular economy? 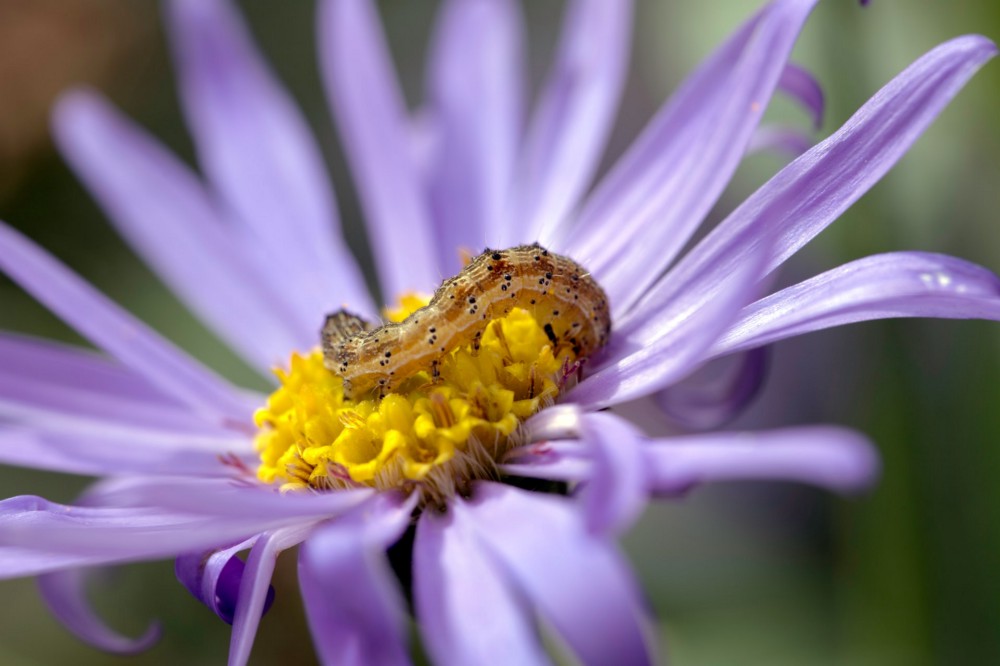 We’re not yet equipped to deal with the global challenges that will follow the current covid-19 pandemic. Estimates suggest that our world’s greatest challenge is yet to come: climate breakdown and biodiversity loss. Yet to prevent the destruction of the planet’s biodiversity, we have to implement measures to protect at least 30% of the globe’s land and oceans in the next decade. We now must ask ourselves, do we wait for the next crisis to hit after the covid-19 vaccine is (hopefully) distributed and effective? Or do we start now?

‘Making peace with nature is the defining task of the 21st century. It must be the top priority for everyone, everywhere,’ said António Guterres, Secretary-General of the UN, illustrating that covid-19 recovery and protecting the planet can be two sides of the same coin.

There are numerous definitions of the circular economy out there, but one that resonates with us is based on the Disney classic, The Lion King. In this ‘Lion King philosophy for grown-ups’, materials are encouraged to be used at their highest value, for as long as possible. ‘The bison becomes the grass’, or, translated into our 21st-century urban reality; ‘your bottle’s lid becomes your skateboard’. In a circular economy, all materials should be used in such a way that they can be cycled indefinitely, just as they theoretically can in nature.

The rise and mainstreaming of the linear economy and its ‘take-make-waste’ habits threaten to derail this philosophy. Nature is, every day, exploited. The negative impacts of such exploitation — of emitting greenhouse gases, or throwing plastics into our oceans — are shared by the entire planet and its people. This exploitation and the mismanagement of natural resources driven by private interests is a driver of overconsumption and is damaging the delicate equilibrium of our planet’s natural systems. This is illustrated by current climate breakdown, the continuing extraction of finite resources and biodiversity loss.

Biodiversity is the variety and variability of life on Earth. Rates of biodiversity are typically the measure of variation at the genetic, species and ecosystem level. All species, including humans, are dependent on this complexity and its intricate balance of natural life in ecosystems — micro- to macro-level — for their survival. People are becoming increasingly aware of the wide range of goods and services that nature gives them for free, as well as the imperative need to protect it. We depend on many of these services for our lives — from fish to wood, clean air and water as well as essential services such as water management and flood control.

But biodiversity rates are plummeting — and they have been doing so for a long time. At least 60% of species listed under the Habitat Directive are endangered or critically endangered, according to the European Commission’s 2015 report: The state of nature in the European Union. Meanwhile, the current rate of extinction is tens to hundred of times higher than the average of the past 10 million years. Human encroachment on biodiversity — be it through land-use change or wildlife exploitation — also makes future pandemics more likely. The need for action has never been more urgent.

A circular economy helps us think beyond silos

Many of us initially consider designated protected areas when we think about biodiversity. Biodiversity, however, is so much more than this. Yes, we need to preserve and restore ecosystems, but we also need to do this from multiple perspectives: cities and our own gardens, for example. Although cities only account for approximately 3% of the Earth’s surface, they are often located at important ecosystem junctions for biodiversity. The support and regeneration of urban biodiversity, therefore, must be integrated into decision making and policy.

Further, to deal with the current societal challenges, we also have to think beyond silos. Prioritising regenerative resources in construction, such as the promising example of timber, is key for decreasing the construction sector’s ecological footprint. However, we must also ensure sustainable sourcing for this wood supply. This means taking a more holistic lens, one that, for example, places significance on the value that sustainable forest management delivers in supporting biodiversity and thus looks beyond carbon. Although renewable biological resources, forests are not unlimited; we must ensure regenerative and circular forestry or feedstock systems.

This is where the circular economy comes in. One of the core principles of a circular economy is to ‘preserve the value of what is already there’; preserving biodiversity is thus a top priority. Natural ecosystems should not further be structurally damaged through human activities. Preservation of ecological diversity is one of the core sources of resilience for the natural system.

A biodiversity perspective within circular economy solutions means different things in different sectors. Over half of global GDP depends on nature and the services it provides, with three key economic sectors — construction, agriculture and food and drink — all highly dependent on it. The relationship between agriculture, forestry and fishing sectors and biodiversity is a more obvious one that goes beyond GDP, because these sector’s relationships with nature are prominent. A larger number of trees or plentiful living fish stocks directly increase biodiversity rates of certain species and the genetic variation within species. In protecting natural habitats and forests from land conversion for agriculture through reduced food waste or diversified diets, the circular economy can also directly contribute to biodiversity conservation.

In practice: The case of circular fishing

In the example of fishing, we know what works when it comes to restoring biodiversity: establishing science-based management regimes, ending harmful subsidies, effective harvest control rules and clamping down on illegal, unregulated and unreported fishing. So how does the circular economy come into play? The three core elements of the circular economy, as defined by Circle Economy’s Key Elements Framework (KE), can inspire action in different ways. The framework consists of three core elements and five enabling elements. Core elements deal with material flows directly, whilst enabling elements deal with creating the conditions, or removing barriers, for a circular transition. The KE framework is a lens that can be applied to different sectors and contexts, such as fishing.

When we apply the three core strategies to fishery, we see the value of a circular economy lens for biodiversity. First, preserving and extending what is already made can inspire us to ensure that all bycatch is being used at its highest level. Second, using waste as a resource could lead to the development of business models that, for example, make oils out of the skin of the fish. Third, using regenerative resources can encourage us, although regenerative in nature in itself, to develop plant based alternatives to fish for human consumption (for example, vegetarian red tuna) to prevent further pressure on endangered species. It could also encourage research into or more sustainable fish feed for fish farms which currently still heavily depend on living marine species for fish feed.

Circular economy solutions are not going to prevent biodiversity collapse by themselves. They can, however, contribute to a much needed reduction of pressure. One other important component that can significantly help change the course of biodiversity collapse is the role of financial organisations. For preserving and restoring ecosystems alone, the required investment is estimated between US$300 billion and US$400 billion, whereas only US$52 billion is being invested in such projects. Money from governments and philanthropy alone will not be able to fill this funding gap. In this way, there is currently a huge lack of funding.

Preserving and restoring ecosystems needs investment. Good news! It can also pay off

Biodiversity conservation potentially has direct economic benefits for many sectors of the economy. For example, conserving marine stocks could increase annual profits of the seafood industry by more than €49 billion, while protecting coastal wetlands could save the insurance industry around €50 billion annually through reducing flood damage losses.

The overall benefit to cost ratio of an effective global programme for the conservation of remaining wild nature worldwide is estimated to be at least 100 to 1. Natural capital investment, including restoration of carbon-rich habitats and climate-friendly agriculture, is recognised to be among the five most important fiscal recovery policies, which offer high economic multipliers and positive climate impact.

As stimulus packages have been shared among nations to recover from the damages of the pandemic, calls for a ‘green recovery’ have been prominent. Globally, stimulus measures announced to date are in the order of US$10 trillion. However, these are largely in relation to climate change and clean energy transitions. Biodiversity loss is a challenge of similar magnitude and, therefore, must be addressed together as part of a green and inclusive recovery. According to the OECD, a key avenue to protect biodiversity is scaling up investment in its conservation by engaging businesses and the finance sector for a biodiversity-positive recovery.

In a positive development, just this month 11 additional parties joined 26 other financial institutions, representing over €3 trillion in assets, in signing the Finance for Biodiversity Pledge. They stress the importance of nature in the provision of healthy societies, resilient economies and thriving business. We salute this initiative and hope together with other sustainability-related agendas we can turn the tide so that next time we are in the ocean we do not see plastic bottles wash ashore, but see fish play in the swell.

The circular economy has been criticised for not addressing biodiversity directly, or not focussing on the topic enough. The key principles of the circular economy, however, can inspire actions to either reduce pressures or simply preserve the natural environment. Although biodiversity protection and restoration need much more investment, it is promising to understand just how much these investments can pay off in the long term. Nonetheless, we should not focus only on return on investment for the protection of biodiversity. Biodiversity has an intrinsic value on itself, that we will not be able to address in economic terms.

Want to help support biodiversity? Wondering what you can do? Write a letter to your bank, insurance or pension fund to join the pledge. Or sign a pledge yourself such as WWF, Pledge for our Planet. Need help, want to know more or share ideas? Let us know!