Aside from preserving the last remaining natural places, we need to create new ones — especially in cities 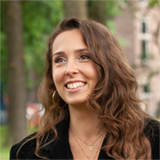 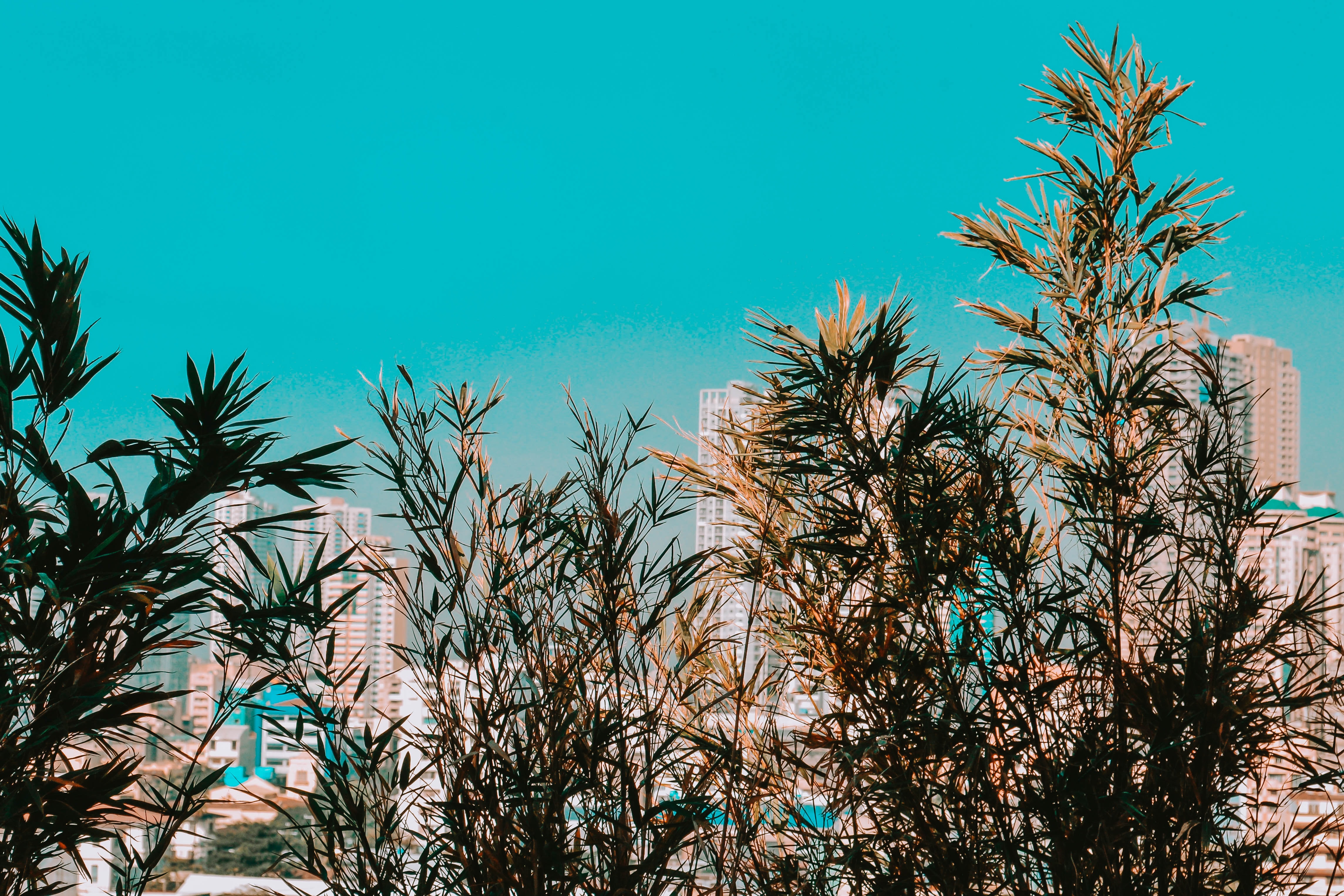 Cities have an incredible opportunity to realign human interests with nature and its biodiversity. Due to the lockdowns of the past year, many people have found a renewed appreciation for green public space and blue skies. Now, some cities are leveraging the opportunity of stimulus measures to access resources to move towards a green and just recovery. Integrating the principles of circularity and custodianship of  biodiversity can help achieve those goals.

In this article we explore three ways in which circular principles can be applied to cities whilst respecting nature and supporting biodiversity.

At the same time that global biodiversity loss has accelerated, humanity has become an urbanised species. And the trend towards urban living is set to continue: 80% of the world’s population will live in cities by 2050—by then, equivalent to 9 billion people. Cities are the consumption centres of the world’s resources where linear consumerism and ‘convenience’ have become symbols of progress, as well as hotspots of global greenhouse gas (GHG) emissions. To facilitate life in cities, humans have constructed systems to connect with the goods and services required for survival—many of which are sourced outside the city itself—and to ameliorate waste streams.

In the pursuit of modernity, many cities have demonstrated their control over nature by covering the earth with hard surfaces, removing trees, canalising watercourses, and planting lawns and neat rows of identical plants. As they formalise, densify and expand in size, they typically become less biodiverse and encroach on surrounding biodiverse areas in the form of urban sprawl. By diminishing the ability of surrounding and intertwined ecosystems to flourish, cities run the risk of becoming ‘dead zones’ with a loss of habitat and biodiversity. This in turn limits the ability of ecosystems to provide beneficial services to different groups in society—many of whom depend on them. But what if instead of damaging biodiversity, cities could protect and actively promote it alongside their circularity efforts?

Biodiversity is typically seen as a feature of rural landscapes, so it is unsurprising that urban biodiversity has been long overlooked. The covid-19 pandemic could be a pivotal moment to raise awareness of biodiversity loss and reassess our relationship with the natural world.  Cities are recognising the importance of providing urban habitats that can support biodiversity and a growing number of organisations are trying to connect the dots between urban circularity and biodiversity. From a systemic perspective, efforts to close the Emissions Gap through circular practices help to reduce climate-induced biodiversity loss, but there are a range of options that demonstrate more immediate and tangible benefits for cities.

In an effort to newly align circularity and biodiversity, the Circular City Actions Framework recently developed by ICLEI, Circle Economy and Metabolic, includes as a central aim of the circular economy ‘to curb the extraction of finite resources, and ensure all infrastructure and production-consumption systems positively contribute to local resource and nutrient cycles whilst respecting ecosystems' regeneration rates’.

In line with circular principles, the bioeconomy prioritises renewable biological resources to produce products and energy as a substitute for artificial or finite resources (such as fossil fuels). While great in theory, this approach has also been criticised for potentially increasing pressure on land and biodiversity—for example by intensifying biomass production through monoculture farming, which competes for fresh water and land that could have been used for food production.

However, an urban biocircular-economy could offer a promising solution. Like in nature, there is no such thing as ‘waste’ in a circular economy. All materials are used in such a way that they can be used multiple times at their highest value. An urban biocircular-economy can reduce demand for new biological resources by prioritising organic ‘waste’ as inputs, thus reducing the need to convert natural areas to farming. Biological resources in the circular economy are renewable, sustainably managed, recovered and reused as much as possible. For example, in a biocircular-economy, cities can save trees by valorising waste wood from demolition activities to create new construction materials, or reduce the need for farming of soybeans for biofuels by powering public buses on landfill methane. This economic model is gaining momentum as a way to deliver society’s needs and support local economies, while preserving resource security, reducing GHG emissions, promoting industrial symbiosis, improving waste management and avoiding conflict over land for food production.

The bioeconomy in circular Amsterdam

The bioeconomy is a core aspect of the city of Amsterdam’s circular journey.  Together with Circle Economy, the city identified various strategies to transform organic waste streams into valuable bioproducts, such as compost, bio-based building materials, bioplastics, and biodiesel for city buses. These strategies can reduce the need for chemical fertilisers and prevent the demand for new biomass, such as wood, indirectly benefiting surrounding ecosystems, while also allowing cities to harvest the benefits. The implementation of these material reuse strategies has the potential to create €85 million of value per year within the construction sector of the city, and €150 million of value per year with more efficient organic residual streams.

Biomimicry is defined as ‘the imitation of nature’ because it learns from and mimics nature to create inspired practical solutions to respond to climate change, biodiversity loss and other environmental challenges. This practice can inspire the design of infrastructure and production-consumption systems that are conducive to life. Not all biomimicry promotes biodiversity, but when complemented with a circular economy, biodiversity wins. On the one hand, biomimicry calls for rethinking the current urban system and offers a methodology to design it in a way that mimics nature by advocating more open-ended, complex and flexible loops. On the other hand, the circular economy can provide a business case for some biomimicry solutions that have biodiversity benefits.

To unlock the potential of biomimicry for regenerative, rather than extractive cities, greater visibility and better collaboration between stakeholders is needed. The Biomimicry Design Toolbox is the first step in this direction, providing a set of tools and core concepts that can help urban change makers begin to incorporate insights from nature into their solutions.

Nature-Based Solutions (NBS) are defined as ‘actions to protect, sustainably manage and restore natural or modified ecosystems’ (IUCN, 2016). Examples of NBS in cities span from simple concepts—permeable pavements to reduce flood risks or green roofs to improve biodiversity and energy efficiency—to practical actions, such a city manager installing trees and grass along steep slopes to prevent landslides, or an urban planner protecting or restoring a nearby forest or wetland that is crucial to the city’s water supply and quality. NBS can also be seen as an effective framework to tackle social issues by providing fuel, food, livelihoods, health, jobs, education, recreation benefits and sustaining cultural traditions.

A circular economy–based NBS approach can significantly contribute to climate change mitigation by improving sustainable material management, promoting dematerialisation (reducing the material and energy input of a process) and decarbonisation. Circular NBS can also increase the resilience of the ecosystem via reuse, reduce, recycle, remanufacture, and repurpose strategies. These can close material and energy loops and eliminate waste generation. They can be effective in densely populated cities where green areas can be built or created on top of existing or new grey infrastructure, such as a park on top of a parking garage, or an urban garden on top of a school. NBS that follow the circularity concept, for example by recycling nutrients, are enablers of the circular transition and can be used as tools to build new resilient, circular urban ecosystems. Conversely, the circular economy creates favourable conditions to attract more investments for NBS scaling up.

China’s sponge cities are a successful example of how NBS can address urban water management challenges. Sponge cities are designed to absorb, store, filter and purify rainwater, in turn reducing flood risks and transforming urban vegetated spaces into vibrant centres for the community. Following their success, other actors, such as the COST Action Circular City, are actively working to add circularity in the mix and find innovative urban circular solutions that support and facilitate the implementation of NBS. The main goal is achieving resource recovery using organisms (such as microbes, algae, plants, insects and worms) as the principal agents. NBS outputs can then re-enter the value chain in the form of reclaimed water, biomass or organic fertilisers, while recycled materials can be used as the basis for the establishment of NBS. The Boutique Hotel Stadthalle in Vienna is one-of-its-kind example of how circular NBS can support urban biodiversity (birds, bees, and butterflies) and offer ecosystem services to surrounding areas. The building runs on zero-emissions, is covered in trees and green roofs and recycles 100% of its organic waste by composting. Water from the well is used to flush toilets and irrigate the interior courtyard, where fresh herbs are grown and harvested to scent the hotel rooms and as spices for the hotel kitchen; honey produced is consumed at the hotel breakfast.

Although we might not need circularity to ensure biodiversity, we do need biodiversity for a circular economy. As best said by Lauren Phipps in her article: ‘No one framework or priority is intended to stand alone or address every problem in the world’. Circularity can be integrated in many of the solutions based, derived, and inspired by nature to upscale environmental, economic and social benefits.

With circularity, cities can become a key player in global efforts to conserve and restore biodiversity. Given the benefits that come from a biodiverse, low-carbon circular city, the support and regeneration of urban biodiversity should be integrated into local decision making and policy. This may help to reframe the essential human-nature relationship and decouple growth from resource needs, building an urban system that is regenerative and restorative by design.

Cities must factor circularity and biodiversity into stimulus measures and recovery plans for a truly green and resilient recovery. Integrating the principles of circularity and custodianship of biodiversity can help cities meet climate targets, address environmental degradation, and redistribute nature's benefits, while harvesting economic benefits.

Cities are not the only ones that can take action. You can also help support urban biodiversity. How? Join the ecological urbanism movement and contribute to build a resilient and biodiverse city. Fill your own backyard garden with native species, turn your balcony into a bee-paradise, join the blue-green roof revolution, or simply start by keeping your cat indoors to protect local birds and reptiles.

Do you want to know more or share ideas? Let us know!