5 actions to mobilise climate finance for the circular economy 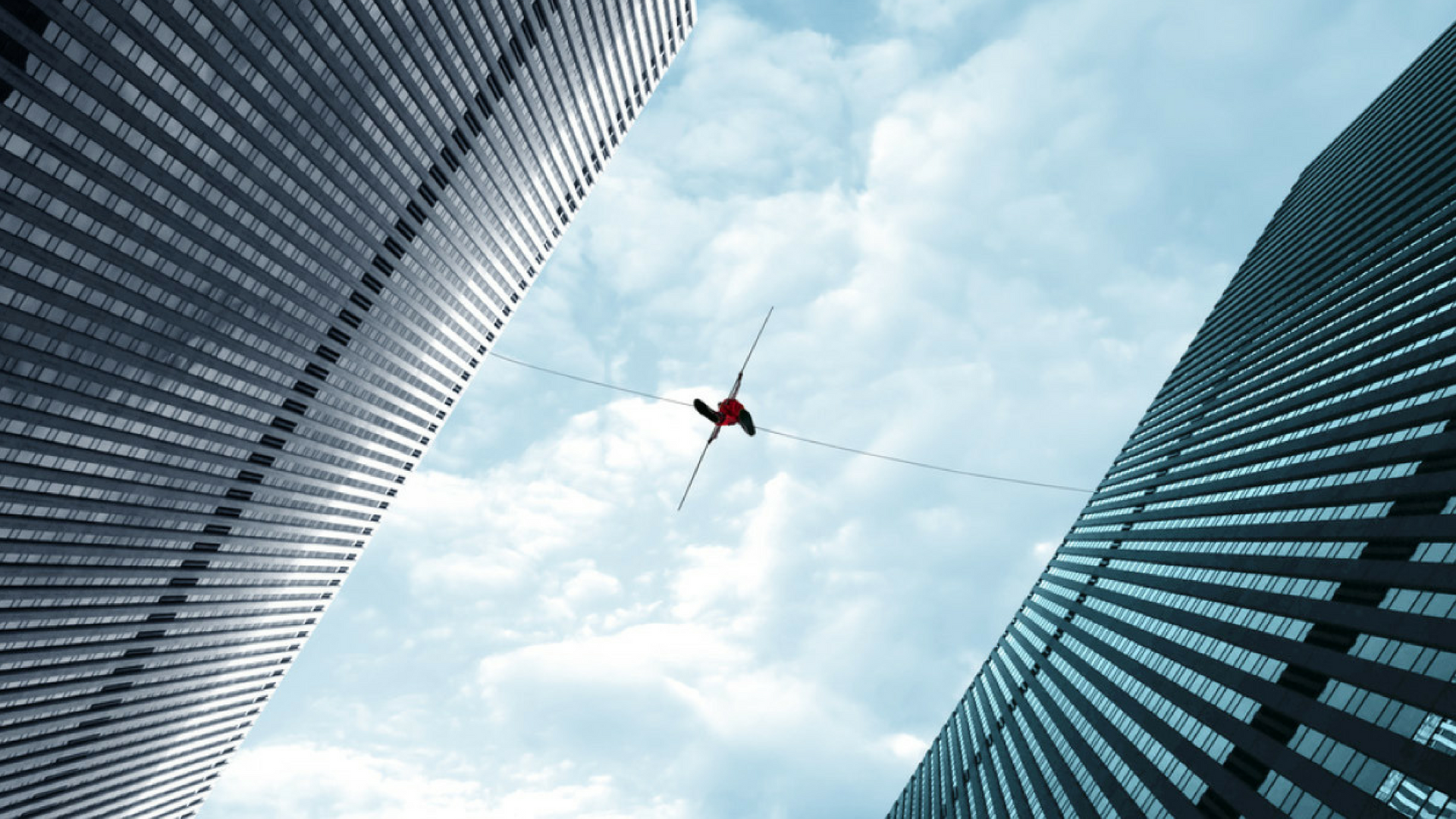 Matthieu Bardout (Circle Economy), Jelmer Hoogzaad (Shifting Paradigms)A transition to the circular economy requires significant investment into research, developing, piloting and scaling solutions. Given its potential to contribute to climate mitigation efforts, climate finance should be pursued to support the transition. This blog post, the last of the series, provides insights into the way forward.

Climate finance refers to local, national, or transnational financing for climate action, which may be drawn from public, private, and alternative sources of financing. It includes USD 100 billion per year pledged by developed countries under the Copenhagen Accords in 2009 and many other sources of funding that contribute to mitigating or adapting to climate change. Total climate finance was estimated to be approximately USD 927 in 2014.Ideally, climate finance flows would reflect the mitigation potential of available approaches, with some degree of correction for the ease of implementation. That, however, is not the case. Within the broader definition of climate finance, an estimated 31 percent is invested in renewable energy and 36 percent in energy efficiency (own analysis based on UNFCCC). While tackling fossil-based energy use is critical, this limits the funding directed to other promising mitigation approaches. For example, approximately 67 percent of global energy use is linked to material management*, whereas low-carbon materials and dematerialisation strategies are seldom looked at within climate finance.The significant mitigation potential of the circular economy is thus overlooked, despite ambitions to make climate finance more innovative and transformative. Institutional investors should therefore analyse their portfolios to understand how investments cover the circular economy and how these investments also relate to climate finance efforts. For example, the European Bank for Reconstruction and Development (EBRD) recently conducted an analysis of 368 investments made between 2014 and 2016 and found that 80 projects used circular economy measures and another 73 had potential to use circular economy measures. During the same period, 30 to 35 percent percent of the EBRD's investments were also accounted for as climate finance.Further reading: Circular Economy: A key lever in bridging the emissions gap to a 1.5 °C pathway

Risk management is critical to investors, and they cannot ignore the risks associated with climate change and the linear economy. For example, the carbon bubble suggests that fossil fuel companies valued based on the resources they plan to extract may be overvalued, as these resources would exceed the global carbon budget if burnt. This kind of risk is prompting regulators and institutional investors to mandate climate risk reporting, which exposes the vulnerability of fossil investments and can drive climate finance in the right direction.The risks associated with resource scarcity, access, and price volatility are also increasingly felt in a range of other industries such as agrifood or mining. The concept of linear risk, defined as the risk of operating with linear business practices, can also be extended beyond resource-related risks to include market, operational, business, legal, and reputational risks**. 'Linear' companies, for example, are less able to adapt to shifting supply chains, to meet extended producer responsibility requirements, and to connect with a new generation of consumers. As they offer solutions to both linear risks and climate change, circular economy strategies should make it to the front of climate finance pipelines.

We need to evaluate existing public policy and financial instruments to understand if and why they have been (un)successful at supporting the circular economy, and to develop new instruments that can effectively 'push the snowball down the hill'.Front-running countries such as The Netherlands have already demonstrated the importance for public actors to give clear signals in favour of the circular economy. The country’s ambition to become circular by 2050 has prompted a wide range of economic actors - industry, finance, research organisations, etc. - to engage with and rethink their position in a circular economy. This has boosted the country’s position in Europe and helped major companies such as Philips or DSM announce bold circular strategiesThe circular economy also requires continued public support for research and development in order for us to improve both our understanding of material flows and our consumption patterns, and to develop innovative technologies that can overcome the weaknesses of our linear economy. For example, the use of waste-as-a-resource is an important pillar of the circular economy, but behavioral changes and new technologies are still needed to increase recovery and recycling rates. Public support can catalyse both.Furthermore, the circular economy calls for a rethink of how business models respond to society’s functional needs. Product-service systems, for example, can reduce the need for physical assets and mitigate emissions, yet they have less of a track-record and are typically perceived to be riskier by investors. Public finance could therefore have a role in de-risking such investments.

The staggering gap between public and total climate finance, combined with the well-understood need to urgently scale climate finance, highlights the importance for public actors to leverage private sector finance. The circular economy is particularly promising in that respect as it promotes business approaches compatible with sustainable economic, social, and natural capital creation. New business models*** are being tested by front-running businesses of all shapes and sizes: disruptive startups (e.g. Bundles’ ‘washing machine as a service), SMES (e.g; Fairphone’s modular phone) and established multinationals (e.g. Philips’ remanufacturing plant in Best, NL). These new models are increasingly successful and front-running companies are demonstrating that they can add value by following circular principles.For example, many waste management companies seek to use waste as a resource, seeing an opportunity to diversify revenues by adding secondary material sales to conventional waste management activities. Considering that about 1.5 billion tonnes of carbon dioxide equivalent are emitted from wastewater treatment and municipal solid waste disposal annually, that only 20 percent of global municipal solid waste is recycled, and that 80 percent of wastewater is released untreated into the environment, there is both ample mitigation and commercial potential in avoiding waste and improving the recycling of valuable materials. 5. Implement new metricsSetting new carbon metrics will improve our understanding and measurement of the mitigation potential of the circular economy, and will help direct climate finance effectively. Using consumption-based rather than territorial accounting can broaden the scope of mitigation action and better reflect the actual contributions of different countries. Indeed, although territorial accounting is more straight-forward, the commitments under the Paris Agreement do not currently add up to a reduction level in line with the 2°C target.Governments, companies and investors need to broaden their perceived span of influence beyond factory gates and national borders, as our economies have become too integrated and supply chains too international for any other approach. This is something the green climate fund already recognises in its call for transformational impact, and this is where consolidating and implementing new metrics will prove critical, as climate finance turns to investing in low-carbon options rather than focusing on making traditional industries more efficient. Under a consumption-based accounting scheme, governments may understandably fear a dramatic increase in the scope of their responsibility. The voluntary nature of the Paris Agreement, however, is favourable in this respect as it promotes collaboration across value chains and serves as reassurance for signatories to safeguard their interests. *UNDP, "Circular economy strategies for Lao PDR - A metabolic approach to redefine resource efficient and low-carbon development" (forthcoming), a project with Shifting Paradigms, FABRICations and Circle Economy**Circle Economy and its partners will release a paper on linear risk during the course of 2017.*** See for example the five business models proposed by Peter Lacy and Jakob Rutqvist in 'Waste to wealth: the circular economy advantage' (2015): circular supply chains, recovery & recycling, product life extension, sharing platforms and  product-as-a-service[hr]

The circular economy features high on public and private agendas and promises to help mitigate climate change. In the past weeks, we have explored how it can add to current climate policies, contribute to the the Paris Agreement and leverage climate finance. There is considerable scope for action and an urgent need to put the circular economy into action. Now is the time to make it a driving force for the ambitious climate action we need!

Thank you for reading! Please contact us for questions & follow-up.