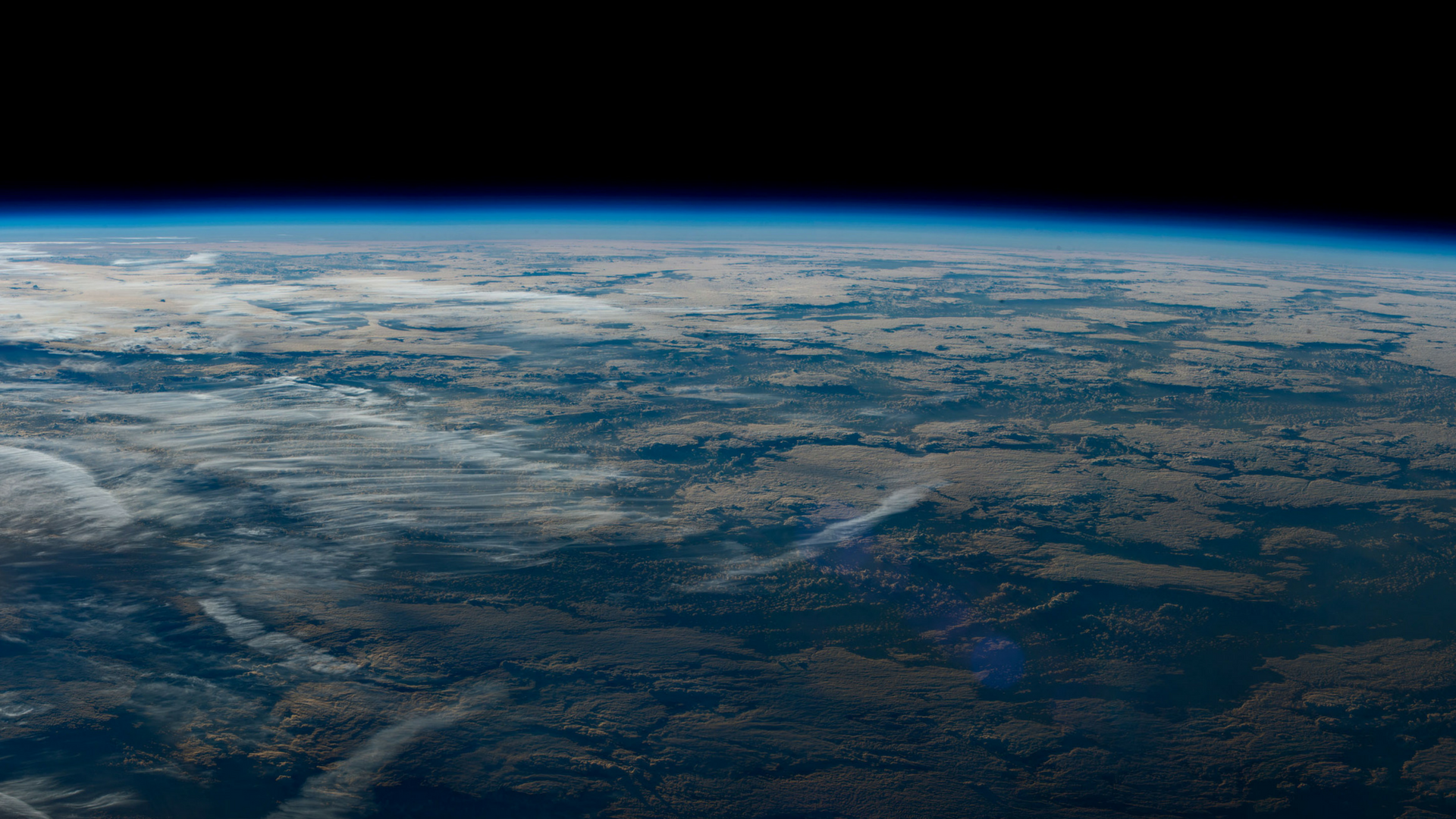 Matthieu Bardout (Circle Economy), Jelmer Hoogzaad (Shifting Paradigms)In December 2015, 195 nations signed the Paris Agreement on reducing global greenhouse gas emissions, committing to keep global temperatures "well below 2°C above preindustrial levels and pursuing efforts to limit the temperature increase to 1.5°C". The Paris Agreement is a major accomplishment in itself. Meeting its targets will, however, be no easy feat, particularly in light of the recently expressed intention of the United States to withdraw. New and innovative climate change mitigation solutions are needed for public and private actors alike to step up their efforts and creativity in identifying mitigation options. The circular economy concept is promising to improve the way we meet the functional needs of society while using fewer materials and reducing negative impacts such as greenhouse gas emissions. This blog post, the first of four in this series, provides an overview of why the circular economy is a promising pathway to meet the Paris Climate Agreement.

1. What do current climate change mitigation policies focus on?

Our dependence on fossil fuels is at the heart of the climate change challenge. Around 65 percent of greenhouse gas emissions are carbon dioxide (CO2) from the combustion of fossil fuels. The remainder are carbon dioxide from forestry and land use (11 percent), and methane (CH4) and nitrous oxide (N2O) emissions from agriculture (16 percent) and industry (6 percent).In this context, it is not surprising that a majority of climate mitigation policies focus on energy efficiency and renewable energy, as exemplified by the European Union's so-called 20-20-20 policy aiming for a 20 percent reduction in emissions relative to 1990 levels by 2020, based on a 20 percent share in renewables and a 20 percent increase in energy efficiency. Other policies and initiatives target emissions from Land Use, Land Use Change and Forestry (LULUCF), or focus on reducing methane and nitrous oxide emissions. These are also mitigation activities which tend to benefit from offsetting mechanisms where mitigation outcomes are quantified and traded.

2. Why are new solutions needed to meet the Paris Agreement?

The core of the Paris Climate Agreement are mitigation commitments from national governments but also numerous private and subnational actors have committed to doing their share. Despite this joint effort, current commitments fall far short of the 2°C target, let alone of the 1.5°C target. UNDP's latest 'Emissions Gap' report estimates a remaining gap of approximately 14 billion tonne of CO2 equivalents in 2030 between a scenario where all commitments are being achieve and keeping emissions at a level which limits global warming to 2°C  by 2100.This gap was already well understood upon signature of the Paris Climate Agreement and a 'ratcheting mechanism' was included to encourage signatories to increase their ambitions every five years. Circular economy strategies can support countries with identifying and developing mitigation options which go beyond current pledges, both in scope and ambition.

3. What is the circular economy?

The circular economy is a far-reaching concept at the forefront of sustainability thinking. The Ellen MacArthur Foundation, a leading think-tank on the topic, defines it as an "industrial system that is regenerative and restorative by design, rethinks products and services to design out waste and negative impacts, and builds economic, social and natural capital". Circle Economy's '7 elements of the circular economy' stress the combined material and systemic nature of the circular economy, identifying three material pillars:

Recognising its tremendous potential to create sustainable value, public and private stakeholders are adopting the circular economy: the Netherlands recently announced its ambitions to become the first circular country by 2050; the European Union released its circular economy package in 2015; many other countries such as France, China, Japan, Sweden and Finland are developing circular policy frameworks; and a growing number of front-running companies - small and large - are implementing the circular economy.

4. How does the circular economy go beyond existing climate mitigation commitments?

Ever since the industrial revolution, global economic growth has been fuelled by natural resource extraction. Today, we extract over 80 billion tonnes of materials per year, of which a mere 7% is reused or recycled by the global economy*. Material management through our economies is estimated to account for as much as two thirds of global emissions** and as much as 4.1 billion tonne of CO2 equivalents are associated with materials after the use stage (i.e. with waste management).  Additionally, an estimated 3,928 cubic kilometres of freshwater are withdrawn annually, of which 56% is released into the environment as largely untreated wastewater, which results in considerable emissions and degradation of water resources.In this context, the circular economy promises to significantly contribute to climate change mitigation efforts through a combination of improved material management, dematerialisation and systemic change. Looking at materials, a wide array of opportunities to scale the use of low-carbon materials are overlooked and underfinanced. Wood, for example, has tremendous potential as a substitute for concrete in large-scale structures. The use of waste as a resource also holds considerable potential, as indicated by the Dutch government's recent allocation of 150 million euros for the construction of industrial-scale biodigesters to capture and valorize methane emissions from cow manure, which is expected to dent the country's agricultural emissions. The circular economy also calls for a critical re-examination of the way we meet our societies functional needs. In the digital age, numerous opportunities exist to dematerialise our economies, make more efficient use of assets or shift toward 'product-as-a-service' models. Terms like the 'sharing economy' and 'functional economy' are now mainstream and a growing number of companies and consumers are finding innovative ways to create value without owning new physical assets, or by offering more efficient services. In this context, the development of business models such as chemical leasing or ride-sharing are increasingly being considered as powerful means to decarbonize our economies.  The circular economy thus offers the promise of transformational mitigation, complementing incremental improvements with e.g. energy efficiency that fail to tackle systemic flaws.

5. What evidence is there to support this?

An estimated 67% of our greenhouse gas emissions are related to the management of materials, showing that progressing to a circular economy with a lower material footprint, is also a pathway for low-carbon development**.A growing body of evidence is emerging that demonstrates the circular economy's mitigation potential. In a White Paper published jointly with Ecofys in 2015, Circle Economy for example estimated that the circular economy has the potential to close approximately half of the emissions gap between current policies and the 1.5°C target. Engagement with climate policy experts at a policy dinner organised in Bonn in May 2017 by the Stanley Foundation, also yielded great excitement as to the circular economy's potential. Participants, for example, acknowledged the need for an increased focus on low-carbon materials, as well as the circular economy's potential to drive low-carbon behavioural change.It must, however, be acknowledged that the application of the circular economy concept is still in its infancy; robust and granular evidence is lacking to clearly delineate and quantify the circular economy's climate mitigation potential. Research is urgently needed to deepen our understanding of the mechanisms at play and enable the circular economy to realise its full potential.*  Circle Economy team analysis based on Exiobase (2011); Tukker et al., EXIOPOL - Development and illustrative analyses of a detailed global MR EE SUT/IOT (2013) Economic Systems Research, 25 (1), pp. 50-70.; Wood et al., Global sustainability accounting-developing EXIOBASE for multi-regional footprint analysis (2015) Sustainability (Switzerland), 7 (1), pp. 138-163.** UNDP, "Circular economy strategies for Lao PDR - A metabolic approach to redefine resource efficient and low-carbon development" (unpublished draft), a project with Shifting Paradigms, FABRICations and Circle Economy

The next blog posts will provide more information on the implications of the circular economy on climate policy, negotiations and finance.