What is the circular economy?

Covid-19: The tragedy to end all tragedies of the commons?

The undercurrents of change, part two 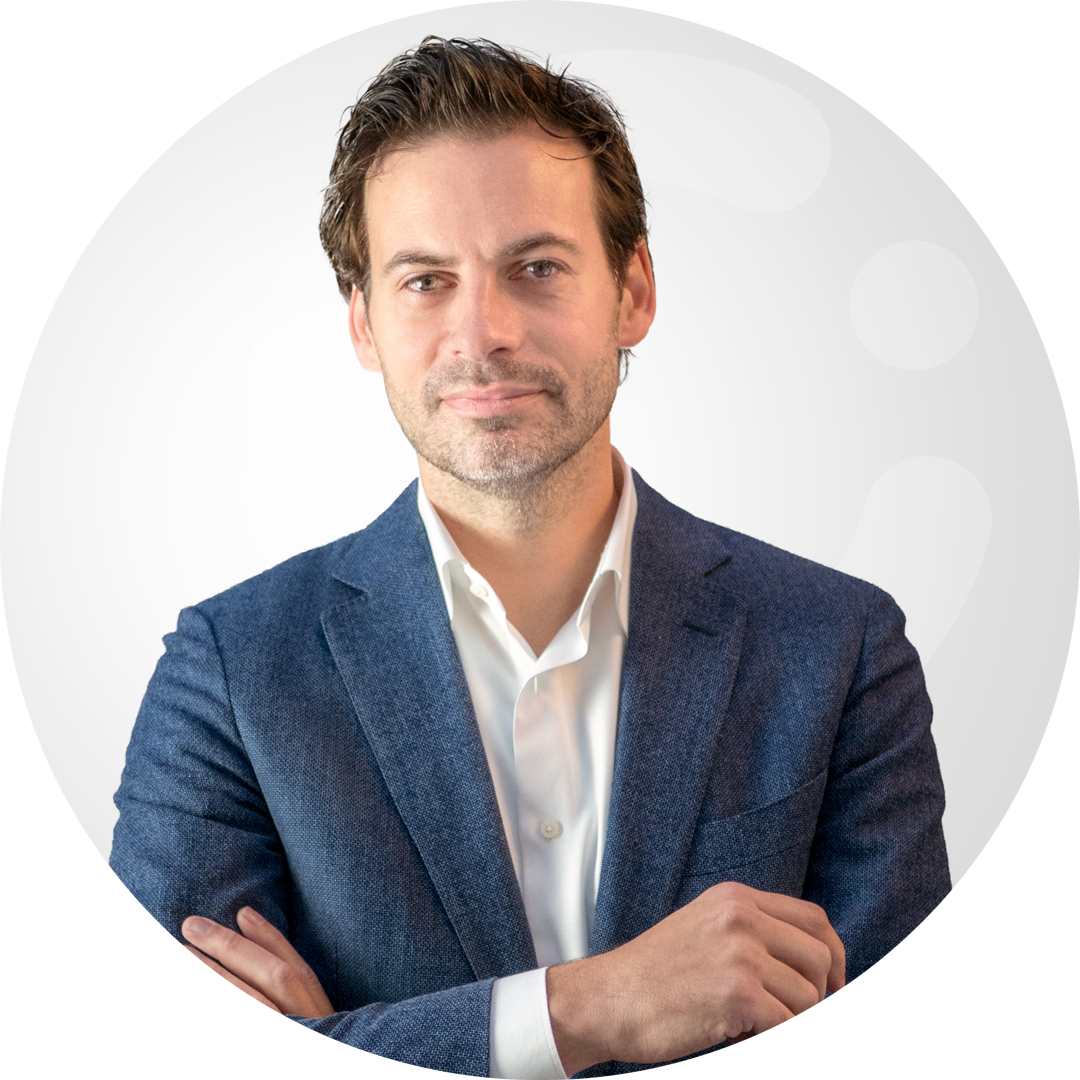 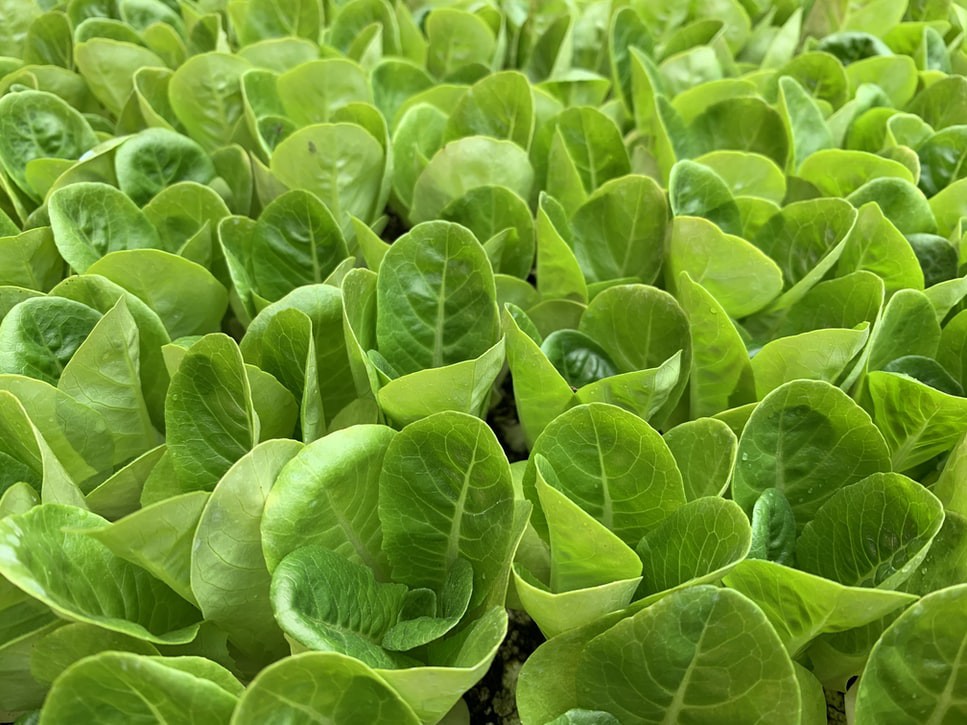 This blog is part of a series of reflections on covid-19 and the circular economy. For previous blogs in the series, please see here.

Times of crisis present ample space for reflection on what we consider to be the ‘norm’, thereby offering unique opportunities for change. Scholars peg the Black Death of the 14th century as a crisis that resulted in the end of serfdom, while in a world recovering from World War 2 (WW2), consumer spending became a new beast and the 1950’s ‘ad age’ of consumerism was born. These changes are underpinned by shifts in priorities, which we considered in part one of this series, and a shift in values. Dominant cultural values regulate behaviour in social groups and cultures and, in turn, inform national and international regulations. They are also shaped by a plethora of forces and circumstances; the current global landscape — such as one living through a pandemic — is no exception. Here, we will consider if the current pandemic will accelerate burgeoning value shifts occurring across our 21st-century world. Namely, humans as no longer ‘above’ nature and a move from individualistic to communal society. Could we even see an overcoming of the tragedy of the commons?

Our current system is certainly linear. How did we get here? Well, technological breakthroughs spurred by sequential industrial revolutions transformed the way we live, work and consume in profound ways. Business and governments played instrumental roles in translating technological advancements, for example, into economic activities and policies. These not only stimulated growth but, more importantly, responded to and altered society’s needs and values. And significantly, they have continued to reinforce an ideological image that came to the fore during The Enlightenment — or, ‘The Age of Reason’ — in the 18th century. These forces crafted the values that underpin a society that is overwhelmingly linear.

As we continue our journey through this current crisis, governments and business will also play a leading role in any shifts in values that may be occurring now.

Could these value shifts even overcome the tragedy of the commons? Currently, common resources are largely used for individual benefit and we see a lack of reciprocity between taking care of yourself and the commons, which benefit others. An altruistic system where individuals’ actions are linked to and benefit others is needed for a circular society, but it is arguably absent from the dominant society we now have.

Humans: The centre of the universe?

Humans have long found ways to systemise and manipulate nature. From the steam train to the Internet of Things, technological innovation and progress markedly separated us from the natural, circular model of Earth. In the planet’s 4.5-billion-year history, humankind arrived late to a planet already functioning in a fully circular manner. Waste is a human invention. Yet in the last 200 years, the transformation of seemingly abundant natural resources into financial capital has brought us to the Anthropocene era. Humans began to see the natural world as a machine — ‘the world as a machine and its parts’ — framed to be predictable, understandable and controllable. As Australian writer Sharon Ede puts it, we are liquidating natural capital and calling it economic growth. But we are causing damage. Burning fossil fuels is measurably causing climate breakdown, excess plastic waste has created plastic soup and biodiversity loss and deforestation has been linked to 31% of virus outbreaks.

The ascent of this manipulation of nature is grounded in values that ‘justify’ it. Early Enlightenment philosopher Rene Descartes coined the phrase, ‘I think, therefore I am’. Contained in this is the tenant that human reason and ‘man’ are the centre of the universe. According to Herman Wijffels, retired Dutch politician and board-member of Circle Economy, it marked our ‘departure’ from earth: rationality above religion, human reason above human nature. As we began to observe nature and explain it, the stage was set for ownership and manipulation.

But in recent years we have witnessed undercurrents of change: how natural resources are valued, such as the commons of water, soil and air, appears to be shifting. Let’s consider agriculture. From the post WW2 boom of product generation — ’commodity agriculture’ — quantity has been the ultimate goal. But now farming is no longer dominantly driven by supply-side forces; it’s become a demand-driven sector and consumer demand is increasingly for ‘quality agriculture’. Farmers have gone from raw material producers to genuine producers of food. For quality products to fit the bill, husbandry needs to be cultivated and cared for, as well as the land in which crops grow and animals graze. Only this week the EU set a landmark target to triple organic farmland in a bill that seeks to rebuild our resilience in a post-covid world by boosting biodiversity-friendly farming practices.

We also see the continuous literal overpowering of man by nature to a degree not before witnessed — at least in our generation. The start of 2020 alone was ravaged by wildfires that hungrily fed off parched plants, coastal regions live under constant threat of loss of land due to rising sea levels and warmer oceans will likely exacerbate storms and hurricanes and, in turn, the damage they wreak on our homes. The climate is breaking down and the extent to which world powers can continue to renege it is no longer debatable. And now, we are living through a global pandemic where a zoonotic disease was able to spread rapidly due to overcrowding, urbanisation and the destruction of natural habitats — as well as the mistakes made by global leaders and the glaring cracks in our linear systems. Ultimately, such a Descartian ‘separation from nature’ is no longer physically possible.

These shifts were already underway before covid-19 struck, but now they’re amplified. There is a chance that the pandemic could accelerate shifting values: humans as part of, not above, nature. We already see the signs coming from governments; key agents of change. This sentiment is central to the doughnut economics model, for example, which has just been adopted by the City of Amsterdam. Meanwhile, this month more than 150 multinationals, led by the Science-Based Targets Initiative, called for covid-19 recovery to be aligned with climate goals, while a flurry of scientific research continues to push forward the climate mitigation agenda. In light of falling emissions as a result of forced human confinement, there is growing consensus that capital must flow toward a more resilient economy that values the earth and its finite resources; not the unequal, linear, vulnerable and high carbon economy that has been dominant.

Overcoming the tragedy of the commons?

Although the linear economy has delivered high standards of living and tremendous wealth for some people, it’s been achieved at high cost to the planet and many of its inhabitants. It is not an equal system and it hinges on individualism. But the growing prominence of alternative world views and transformative systems, such as the circular economy, marks a burgeoning shift. We also continue to be increasingly connected with other people — both in terms of physical proximity and knowledge. From 10% in 1900, 70% of us will live in cities by 2050, while the ubiquity of the internet, data sharing and worldwide communication forms a ‘global network-of-network of human beings’.

In the rapid deployment of measures to stem the impact of covid-19 on human health, we now see a reality where many are sacrificing personal freedom for collective health — albeit through state policy. We have ultimate interconnectedness right now because, in the words of Arundhati Roy, ‘a poor person’s sickness can affect a wealthy society’s health.’ But importantly, such an altruistic move comes from a place far beyond capitalism. The dominant values today largely stem from the dominant Generation X, which holds independence and self-sufficiency at its core, but this contrasts with Generation Y, which values teamwork and a strong belief in positive change. A dynamic that we could now expect to be accelerated by the impacts of the pandemic is a move towards collective values over the individual; a reframing of the commons. This move would be crucial to achieving a more socially just and environmentally safe world, of which the circular economy is a major means. Importantly, if we are to adjust our systems to safeguard our planet against further degradation and in turn protect it from further climate breakdown, collective values will need to trump individual ones.

How this translates into policy is important and hugely reflective of change on the ground. Proponents of Universal Basic Income have long called for its implementation to stem rising inequality, and in a surprise move, a handful of governments, such as the US, Canada and Spain, began considering the scheme to manage the impacts of the pandemic and the looming economic depression. Could this kickstart a new ‘social contract’ emerging from the crisis? A contract that points resources at rebalancing inequalities across societies? Meanwhile, in New Zealand, Prime Minister Ardern is making waves with her plans to instate a four-day workweek to boost post-covid recovery, especially in terms of tourism and work-life balance. Essentially, these changes mark a strong departure from models that have long been dominant and indicate rising reciprocity between caring for yourself and the commons, which in turns cares for the wider society.

A blueprint for action

To grasp how change may manifest itself in this age, we have dived into the shift in values we see occurring before our eyes; but whether this translates into the long-term — into systemic transformation — cannot yet be known. However, for systemic transformation to materialise, a blueprint model needs to be applied (which we discussed in part one of this series), and national and international governments must collaboratively and actively enact policy. As French historian and economist Thomas Piketty states:

“Powerful shocks like pandemics, wars or financial crashes have an impact on society, but the nature of that impact depends on the theories people hold about history, society, the balance of power — in a word, ideology — which varies from place to place. It always takes major social and political mobilisation to move societies in the direction of equality.”

Indeed, we hope to see such mobilisation. We can govern for a reframing of the commons through fiscal and tax systems that support pricing externalities: taxing polluters (Emissions Trading System) and making them responsible for the waste (Extended Producer Responsibility) and pollution they emit into the commons. Working to reduce waste streams by smart design and even create value from them is also important here. Also, in accelerating a huge value shift in which humans live within planetary boundaries, materials can be taxed over labour. As Ken Webster writes in a Wealth of Flows, ‘Don’t tax what you want more of’. In a circular economy, tax would be removed from renewables, including labour, and placed on non-renewables, waste and unearned income. This will increase employment as a result of less-expensive labour.

Perhaps a post-covid world will even redefine growth? A system where GDP as a measure of production or output is replaced with broader measures of quality like prosperity and wellbeing as part of a restorative cycle? And will it lead to more localisation in supply chains? The net impact of the shifts we are witnessing will come to the fore in time. We will continue to visit this topic and share our thoughts and ideas for action. We will use the #circularpostcovid hashtag and we invite you to do the same!