Does eating meat have a place in the circular economy? 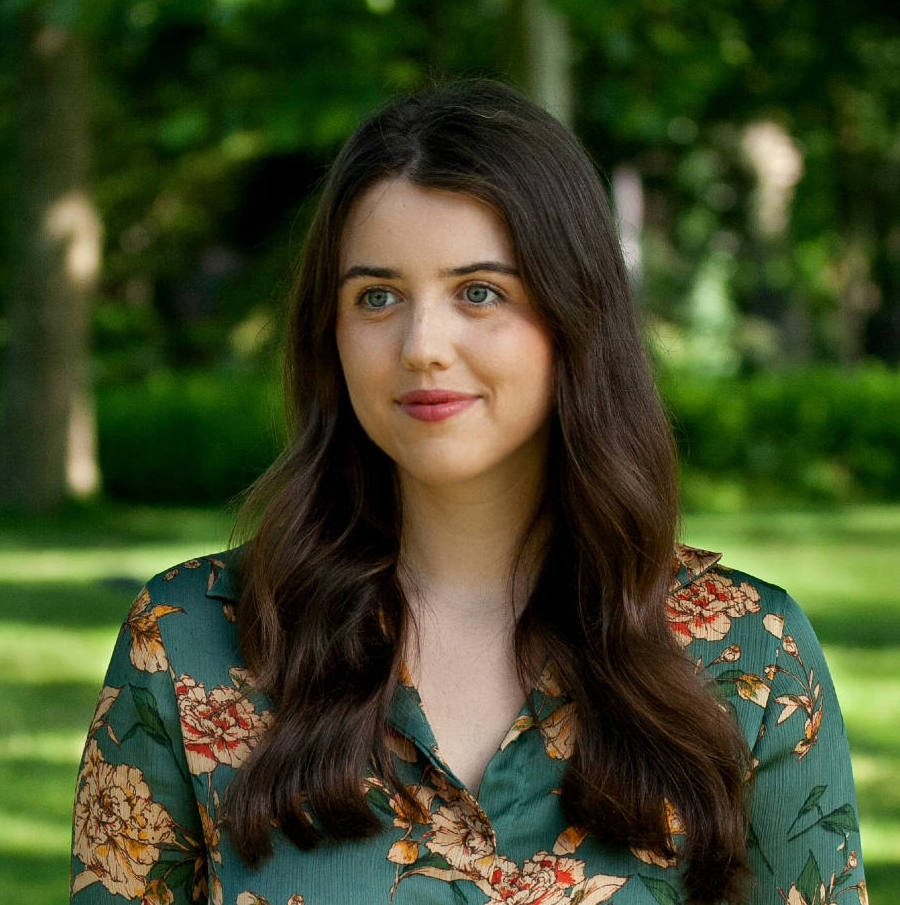 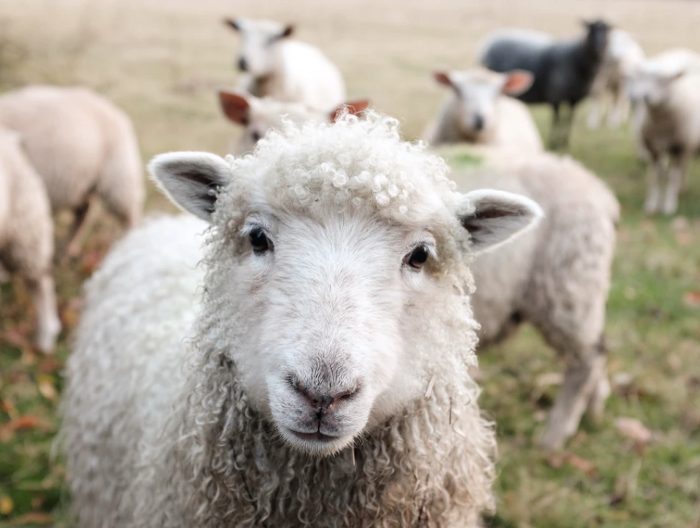 As we surpass the first anniversary of covid-19 and the impacts of extended lockdowns, the need for systemic change has become more apparent than ever. This necessary shift must not be overlooked in the agrifood sector; our global food systems require a radical reworking now more than ever before, for both planetary and human health. Both food insecurity and obesity are on the rise globally, while our agricultural systems can be destructive rather than regenerative, and contribute to a myriad of environmental consequences. This begs the question—where have we gone wrong?

Circle Economy recognises the challenges—and opportunities—that lie ahead in reworking our planet’s food systems. And we are increasingly touching upon the topic. Our latest Circularity Gap Report finds that the impact of eating a primarily plant-based diet could slash global emissions by 1.32 billion tonnes of carbon dioxide equivalents. In investigating the role of the circular economy in food systems adaptations, the question commonly arises: can moderate meat consumption be the key to a thriving—and circular—food system? Or, does eating meat have no place in a circular economy? This article seeks to answer these questions.

The point that meat-free diets dramatically benefit the environment is supported by wide-ranging research that highlights the systemic impacts of the industry. Eating meat is fundamentally inefficient: livestock animals use 80% of the globe’s agricultural land (for both pasture and feed cropping), yet provide only 15% of our calories. Because these animals consume so much, we lose out on food that could be redirected for human use — 77 million tonnes of plant protein, for example, is fed to livestock with a return of just 58 million tonnes of animal protein. What’s more, half the grain we grow is fed to animals, as well as the vast majority of soybean — infamously linked to Amazon deforestation — leaving only 6% for human consumption. In fact, more than two-thirds of worldwide deforestation can be attributed to feed production.

The flipside of our current scenario, where meat consumption would hypothetically be reduced to zero, would result in a food system that produces enough to feed the projected population for 2050 (9.7 billion) on less land than we currently use. Speaking to Circle Economy, Lesley Mitchell from Forum for the Future notes that it isn’t just land and feed resources that are wasted, but the animals themselves. Male chicks in the egg industry, for example, are characterised as ‘byproducts’ rather than living beings, and life usually ends before it has even begun as they are ‘disposed’ of.

The impacts of current animal agriculture also impacts climate change, air and water pollution, biodiversity and human health. Livestock production has been touted as the biggest driver of habitat destruction, which releases previously-sequestered carbon from vegetation, critically endangers biodiversity, and — perhaps most topically — paves the way for dangerous diseases to spread to humans. Nitrogen pollution, three-quarters of which stems from livestock waste, forms a tiny particulate matter that further damages human health: a recent study found that slashing nitrogen pollution from agriculture by half could prevent more than 200,000 deaths per year and save global health systems several billions of US dollars. In the US, such pollution usually disproportionately affects lower income families and people of colour, who are more likely to live in close proximity to industrial animal farming operations.

Within the bounds of a circular economy, can we overcome the detriments of current animal agriculture?

While much research points to meat as the ‘leading cause of everything’, other arguments posit that by dramatically reducing meat consumption, and, ultimately, reframing the purpose of animals from our current prioritisation of profit and productivity, eating meat could be circular.

This could be achieved by designing waste out of animal systems — instead valorising it and transforming it into useful inputs. Livestock animals raised in mixed systems with crops could feed on plant trimmings, weeds and other unsellable byproducts, with their manure serving as organic (and free!) fertiliser. This could both benefit farmers economically and reduce the severe degradation and emissions linked to the production and use of synthetic fertilisers. While it’s currently illegal in the EU and UK due to a 2001 outbreak of foot-and-mouth disease, using food waste as animal feed is another potential avenue for success. The practice is routine in Japan and South Korea, which both boast regulated systems to safely process swill; the two countries recycle almost half of their food waste in this manner, reducing feed costs for farmers by up to 60%. The environmental benefits are clear as well: unused and improperly treated food waste is a major source of emissions — so much so that if food waste were a country, it would be the third largest emitter in the world. And research suggests that the land used to grow pig feed could be slashed by 20% in Europe if we recycled food waste to the same extent as Asian countries.

Circular models for animal agriculture are also cropping up in business: livestock feed manufacturer Alia, for example, has developed a pilot project in Spain to use agricultural byproducts to create feed, and animal waste to make organic fertiliser. South African company Agriprotein has another innovative and unique solution: waste valorisation through the ravenous appetite of the Black Soldier Fly, an insect that can multiply its own weight by 200 times in just over a week — feeding solely on organic matter that would’ve otherwise gone to waste. The larvae are then dried and transformed into a multi-use feed for aquaculture as well as poultry and pig farming; a potentially ingenious solution coming at the right time, as the demand for wild fish — 70% of which are converted to feed for aquaculture, poultry and pigs — has plummeted ocean stocks. Just one Agriprotein factory, operating at full capacity, has the potential to save 15 million wild fish.

As noted, circular agriculture systems operating on a small scale benefit from — and even require — animals. But on a large scale, too much of a good thing, like manure, can become unmanageable: even used as a fertiliser through surface spreading and injection, slurry can release emissions, damage crops and give way to an onslaught of undesirable pests. While synthetic fertilisers are inherently damaging, circular agriculture can make use of another ‘waste’ product as a replacement: plant-based food waste and loss. Instead of crop trimmings and waste feeding animals that then create waste to nurture the crops, the crops can directly nurture themselves.

And what’s more: an oft-touted claim for livestock raising (and one that is echoed by the National Farmers’ Union of England and Wales president, Minette Batters) is that in some places, the majority of land is only fitting for grazing livestock and growing grass. Looking to the past, however, shows a different story: early farmers in the area likely cleared away natural woodland to graze cattle and cultivate crops. The result? Species at home in open areas flourished while those that favoured woodlands deteriorated — and indeed, the majority of extinctions in Britain that have occurred relatively recently were of woodland flora and fauna.

So what could a decrease — or even a total eschewal — of animal farming look like? In theory: land could be free to return to its natural state, woodland species could prosper once again, biodiversity could increase and increased vegetation and tree coverage could act as a much-needed carbon sink. Reverting just pasture land (not feed-crop land) to its natural state could remove a staggering 8 billion tonnes of carbon dioxide from the atmosphere — a reduction of about 13.5% based on 2019 emissions. Other arguments — such as those that downplay meat’s impact by critiquing the mass monocropping of soya and maize — fail to recognise the further purpose of many of these crops: feed.

The bottom line: meat consumption and production would have to shrink drastically for the arguments above to become realistic. As it stands, there isn’t room in a circular food system for the 31 billion livestock animals we currently keep. Yet, while increasing evidence supports the view that the world can be sustained on a plant-based diet — with significant health benefits to boot — the reality of such an enormous shift is not so cut and dry. Meat consumption, luckily, is dropping on a per capita basis—yet overall figures are swelling due to population and income growth.

What's more: in many parts of the world, where access to a variety of nutritious food is limited, livestock animals provide crucial macro and micronutrients, as well as a steady source of income to as many as two billion people. Forum for the Future’s Lesley Mitchell mentions that in these cases, small family farms are often ‘exceedingly circular’: nothing goes to waste and animals live in diversified, integrated crop systems. And most notably, ‘the question of whether you should have animal protein becomes a moot point if you can’t live without it.’ Mass overconsumption in the west remains the prime issue to tackle: Americans, for example, account for 4.5% of the world’s population but consume 15% of the world’s meat, with each citizen eating an average of 330 grams every day — while those living in lower income countries often hover around 80 grams a day, a figure in line with the recommendations given by the EAT-Lancet Report for optimal planetary and human health.

The ultimate question: what do we value?‍

In her conversation with Circle Economy, Lesley Mitchell sums it up nicely: ‘It’s [the issue of animals in agriculture] not just about pleasure, and thinking of ourselves — it’s about health, it’s about thriving, but it’s also about supporting diverse communities for all in a potentially challenging space for growing populations during a climate emergency. The question arises: what do we value?’

This should be the query that drives us moving forward: what do we value? Hopefully, a world that’s a whole lot cleaner, more just, twice as circular, and a little bit kinder. And in this kind of world, the future of meat is limited.

About the Circularity Gap Report 2021

Circle Economy’s flagship report, published annually beginning in 2018, details the state of our world’s circularity. This year’s iteration combines the twin agendas of the circular economy and climate change mitigation, finding that doubling our current circularity metric — 8.6% — will close the Emissions Gap and get us on a path to a well-below 2-degree world.