Part one: Corporate concentration and power imbalances in the food system 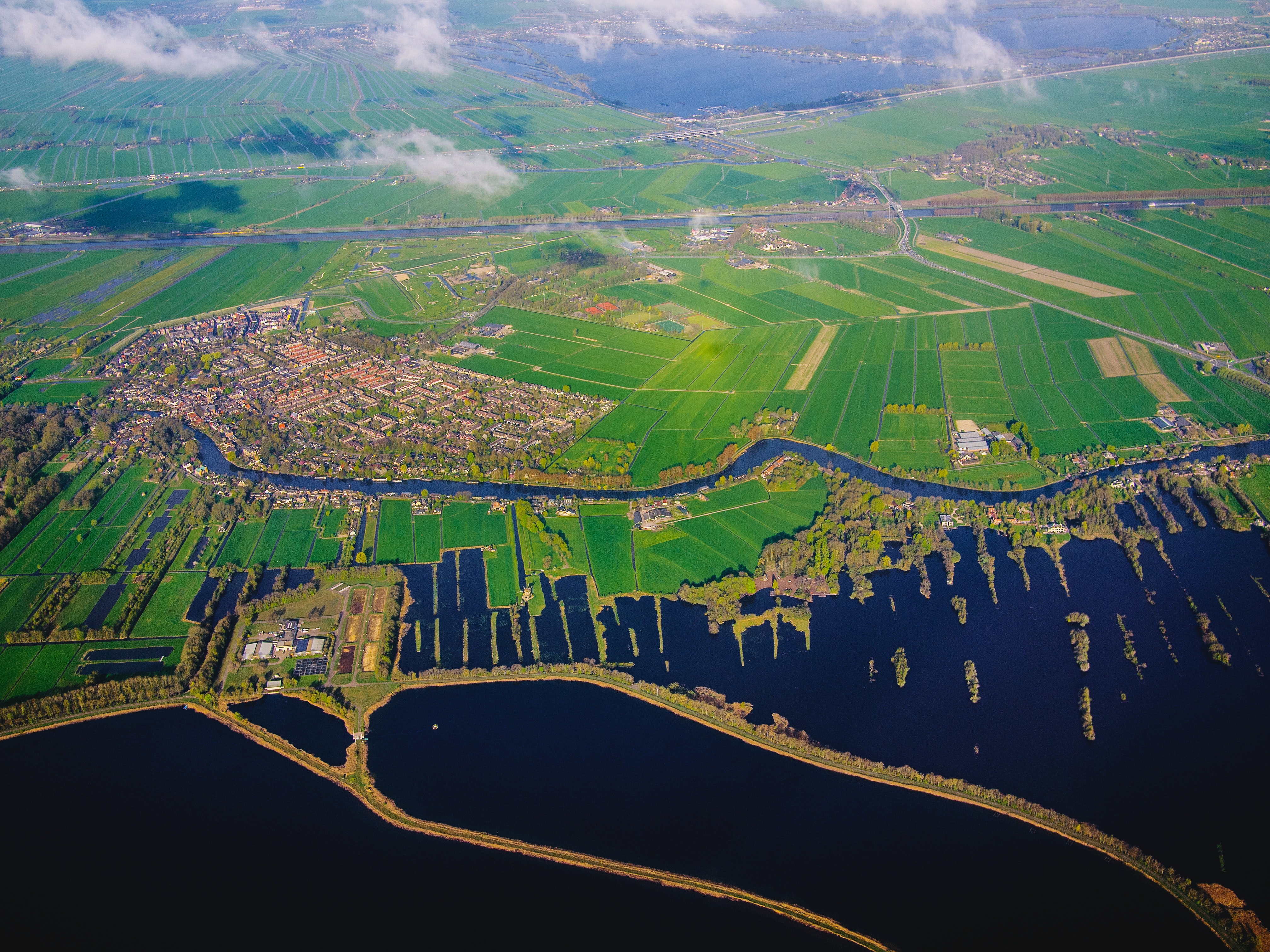 Today's understanding of the circular economy fails to address issues of global social equity and threatens to exacerbate the divide between high- and lower-income countries, making it clear that a global circular economy will not be socially just by default. This is the main finding of our latest paper for Circle Economy’s Circular Jobs Initiative: ‘Thinking beyond borders to achieve social justice in a global circular economy’—and one that has been echoed in many recent publications and events. In this two-part article, we zoom in on the agri-food system—arguably a blindspot in current discussions around the subject—and examine actions that the Dutch government—a world leader in both agrifood and the circular economy—could take to ensure greater responsibility in their implementation of a circular agrifood system.

Part one looks at the opportunities and threats that current power imbalances and governance challenges in global food value chains present for the Dutch circular agrifood transition.

One third of global agricultural and food exports are traded within a global value chain (GVC)—crossing borders at least twice. Yet, considerations of the global impacts of a transition to the circular economy—particularly in high-income countries such as the Netherlands—so far have largely ignored developments in circular agriculture or the bioeconomy, focusing instead on technical GVCs such as textiles, electronics or plastics.

This is somewhat understandable. Trade with low-income countries in the Netherlands, for example, is dominated by technical products, with half of all imported goods being clothes, and Dutch agricultural trade is primarily focused on other European countries. In many ways, too, global food value chains are very similar to other GVCs: complex, intransparent, riddled with governance and labour standards issues. As such, some of the recommendations organisations like PBL and ourselves have for the Netherlands and other high-income countries to take responsibility for impacts abroad when it comes to their circular economy transitions can also easily be applied to food.

However, the unique properties of global food trade and the importance of food—as a basic human need and a basic human right—, as well as the significant contributions of food systems to environmental damage globally—from biodiversity loss and resource use to greenhouse gas (GHG) emissions—all call for more discussion around the subject.

This is the conversation this article aims to start.

Towards a socially just and globally-minded Dutch agrifood system

As the Dutch government looks to the circular economy to boost the resilience of its national agrifood system and reduce impacts on the environment, it is crucial that they consider the global context they operate in and that they take into account people within and beyond their own borders in designing and implementing their plans. This may be a difficult message to consider when the country is in the throes of mass farmer protests. But social inequities run deep in the global food system, and managing the interests of people both near and far will only be crucial to achieving a global circular economy that is effective in achieving its environmental goals.

In our paper, we identified key assumptions and oversights in dominant circular economy narratives and policies—particularly in high-income countries—that are key to address in ensuring circular economy policy does not serve to deepen global inequities. These revolve around power and governance, trade and labour conditions, and technology, knowledge and skills.

What do these mean in the context of the Dutch transition to a circular agrifood system? What opportunities do they present—and what risks do they entail?

What do we mean by circular agrifood systems?

In a circular economy, food is produced regeneratively and, where possible, locally; biomass is optimally used—from agricultural by-products to manure, rainwater or used water; food losses and waste and packaging waste are designed out entirely; healthy diets that respect the planet’s boundaries are promoted and easier to access; and environmental and economic benefits are balanced with benefits to people and animals. The benefits of circular agrifood systems are many—from climate action and resilience, to biodiversity conservation, food security and improved business opportunities.

Corporate concentration and power imbalances in the global food system

Thanks to the globalisation of food value chains, a handful of corporations in high-income countries today have become the funnel through which millions of farmers reach billions of consumers—boosting Big Food’s influence over everything from global policy and which foods are grown to food prices and working conditions around the world. Civil society groups have raised the alarm bell over the undue influence that these companies may have and, while a 2021 OECD report found little evidence that corporations are systematically abusing their stronger positions at the expense of farmers, this undeniable concentration of power inherently makes the global food system more vulnerable. While the lion’s share of these companies is headquartered in the US, 15 out of the top 20 biggest agrifood companies have major production or R&D sites in the Netherlands.

The role of global corporations is rarely addressed in discussions of the future of circular agrifood systems. While a shift towards more local and community-supported models of food production may help shift some of this power closer to the people food systems aim to serve, multinationals will continue to play an important role. This can be an opportunity. Multinationals are in a unique position to drive the uptake of circular economy and sustainability practices along their value chains, especially as they are able to provide both incentives and support to their partners to do so. Unilever is already leading a number of initiatives to help suppliers adopt regenerative farming principles and to close the loop on plastics, for example. Heineken has introduced a ‘Packaging the Future’ programme aimed at accelerating the decarbonisation of its top 50 suppliers. Beyond voluntary business agreements and initiatives, the Netherlands could also play a role in incentivising producers to make this shift—whether through circularity criteria, certification schemes, or through stronger legislative and regulatory tools.

‘Buy land, they're not making it anymore.’

Power imbalances in the global food system also manifest in the form of ‘land grabs’: the opportunistic buying or leasing of large pieces of land by domestic and transnational companies and governments, often in high-income and rapidly industrialising countries. While this may not be their intention, these transactions effectively strip local communities in lower-income countries of their right to food by restricting access to the same land and resources the same communities relied on in the past for sustenance. This is often in order to meet the needs of higher income countries—in the form of crops destined for exports—or in the context of well-intentioned climate financing schemes, such as reforestation or rewilding projects, that can sometimes do more harm than good. This imbalance is made worse by the competition over land for purposes other than food production for direct human consumption—for animal feed, biofuels or biomaterials, for example. Only 20% of global agricultural land is utilised for the production of crops for (direct) human consumption. As a result, while enough food is grown to feed the globe, food insecurity levels are still rising.

The Netherlands, like many other countries in the Global North, also plays a role here. It is one of the main importers in Europe of crops that are major drivers of land appropriations in the Global South—such as soy and palm oil. And while there is no clear definition as to when a transaction becomes a ‘land grab’, reports by the Transnational Institute and by Oxfam and Amnesty International found Dutch pension funds are also—perhaps unwittingly—adding fuel to the fire through their investments in numerous companies involved in land rights violations.

Circular food systems could reduce competition over land and help build the case for the circular agrifood transition. By promoting plant-based diets and reducing livestock numbers—and, as a result, the animal feed imports they require—, land-grabbing practices could also potentially be reduced in the long term. These changes, however, could also cause disruptions in the short-term—for example to soy-producing industries both near and far—that should be carefully managed. A key principle here is to take decisions as close as possible to the people these decisions affect.

The Netherlands: An advocate for food sovereignty in the future?

The Netherlands is one of the most agriculturally productive countries in the world relative to its size and will likely continue to play a leading role both in circularity and in the global agrifood market. The Dutch government clearly acknowledges the need for a transition at both a local and global scale—as well as their role in increasing interest from- and building the capacity of other countries to follow their lead.

But if we are to make sure we do not recycle the same issues as in the linear economy, we need to go beyond the ‘technical’ circular economy.

What if the Netherlands used its powerful voice to shift the global conversation away from food security and towards food sovereignty, for example? Unlike food security, which focuses on the quantities of food available for consumption, food sovereignty focuses on the right of peoples— particularly peasants, migrant workers, waged workers and other people working in rural areas —to healthy and culturally appropriate food produced through ecologically sound and sustainable methods—as well as their right to define their own food and agriculture systems. Only by moving away from a single-minded focus on agricultural inputs and outputs can power and wealth be redistributed to benefit those who most need it.

The Netherlands has already identified the pre-conditions for circular agriculture within their own boundaries, such as a solid economic base for producers and reciprocity between agriculture and nature. What if we extended this thinking to the international community as a whole?

Part 2 of this series will look at trade dynamics and labour conditions, as well as technological approaches and knowledge systems within a socially just and globally-minded Dutch circular agrifood system. Watch our social media or Medium accounts for our next publications.

* In a presentation of the main messages of the Netherlands Environmental Assessment Agency (PBL) policy brief ‘Addressing international impacts of the Dutch circular economy transition’, Hester Brink, researcher at PBL, argued that 'A circular economy does not stop at the border', and that taking an international perspective in circular economy policies is important. The title of this article is a response to this.

We are a global impact organisation with an international team of passionate experts based in Amsterdam. We empower businesses, cities and nations with practical and scalable solutions to put the circular economy into action. Our vision is an economic system that ensures the planet and all people can thrive. To avoid climate breakdown, our goal is to double global circularity by 2032.

About the Circular Jobs Initiative

The Circular Jobs Initiative (CJI) defines and identifies circular jobs, analyses the environment needed to create them. We produce research, training and advocacy to champion circular strategies that governments and businesses can use to have a positive social impact.‍

We work with employers, workers, governments, multilateral organisations, education institutions and research organisations to realise this ambition. Get in touch with us here.